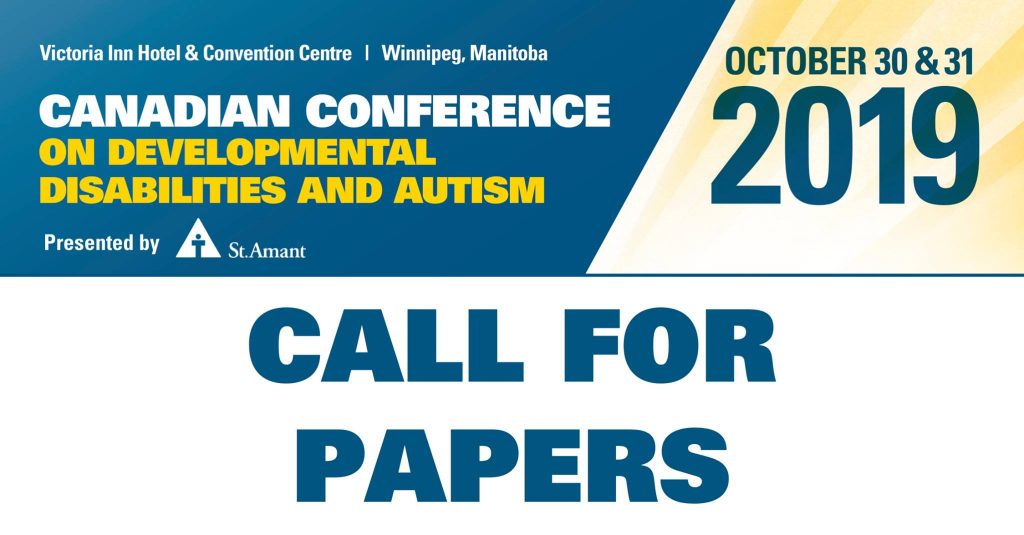 The Canadian Conference on Developmental Disabilities and Autism (CCDDA) is an annual gathering intended to bring together a range of people committed to enhancing quality of supports and services for people with developmental disabilities and autism.

CCDDA provides a platform to share information, practical tools, and current research to help professionals and decision makers better support the people they serve. You have knowledge, information and best practices to share. We have a group of 550+ conference delegates who will find your presentation valuable! We invite submissions for presentations in one of the following formats:

Download our information form to learn more and how to send a submission.

We present to you a menu of tidbits collected in recent days that are too short for blog posts and sometimes too long for a tweet (when we want to add clarifying comments). Headings provide a light grouping to help you skim the offerings. Bon appétit!

Technical communicators, please sit up and take notice of this section. It is important.

John Foliot has written an amazing letter to the U.S. House of Representatives Committee on the Judiciary. That Committee's Subcommittee on the Constitution, Civil Rights, and Civil Liberties held a hearing recently. The topic of that hearing was "Achieving the Promise of the Americans with Disabilities Act in the Digital Age – Current Issues, Challenges, and Opportunities". All fine and dandy. Transcripts are made because it's government by the people and for the people, as you know.

However, these documents were inaccessible, so it became "for some of the people". Ugh! What did John do? He made accessible versions of them. He demonstrated how the work should have been done in the first place! I'd lead a round of applause, but I am nursing my aching head from when I banged my head against the desk upon learning of this gaffe. Is there no one in the U.S. government offices who knows how to make accessible documents? I dare bet – unfortunately – that no government in the world can claim to be perfect. I will be very happy if someone can prove me wrong.

John, thank you for showing the folks in Washington how accessible documents are made. Maybe they need a workshop on that? There are skilled people in the Washington, D.C. area who can arrange that. The government staff can also attend the next unconference held by @AccessibilityDC, where they can learn a thing or two.

If you are finished laughing and crying hysterically about the gaffe with inaccessible documents in the previous section, go back and read the information from that hearing. All the details of who spoke and where the transcripts are can be found in John's letter. This is US-centric, but there is inspiration here for everyone. If you promise access for all in a digital age, you must constantly monitor what is happening in the world outside your office. The issues, challenges, and opportunities are dynamic, and governments should be in the frontlines, not sagging dreadfully behind everyone else.

So far, it looks like the website wranglers at whitehouse.gov are staying on their toes. Read this White House blog post about Whitehouse.gov releasing open source code. One of the three key features of that code is – you guessed it – accessibility. They're doing it right – working on accessibility, and not shoving it to the background for a rainy day.

If you can read French, you can explore these accessibility resources (SGQRI 008) from the government in Québec, Canada, to learn how they compare to the ADA material.

PS ADA, in case you forgot, stands for the Americans with Disabilities Act, and yes, that is a site designed by a graduate from the Jakob Nielsen school of design (that is, accessible sites are inherently ugly).

The Speaks4me system is the brainchild of a father that was made for his young son who cannot speak due to severe autism and learning difficulties. As the article about Speaks4me explains, it has potential for stroke survivors, too. The price tag looks high, but that is because it is a software and hardware package. A software-only version is being worked on now, and a mobile version lies in the future. Aside from the benefits for the users of this system, it must be downright cool to help develop such a system. Think of all the challenges in working out a great user interface, and its usability and accessibility.

Some of you are familiar with eye-tracking as a way of testing the usability of your website. Well, there might be a powerful assistive technology solution in eye-tracking. Think Stephen Hawking.

"Free" is a popular price tag, especially when it comes to technology. That's why this list of free screen readers appears in this section of this post. Don't skip this tip just because you have no vision problems. These are great for testing the accessibility of your material. The price tag should impress your boss! No excuses left for not testing!

This was a nice quote from@whitneyq worth repeating here:

Failing to make voting systems accessible has the same effect effect as generating one that maliciously destroys votes for one subpopulation.

This story is too sweet to pass up. (The broken wing makes me think of the butterfly with a broken wing in our own logo.)

Malena, the stork, is grounded by a broken wing and can no longer migrate south for the winter. She survives the cold winter in Croatia thanks to human care – and her true love coming back every Spring. The exactly chronology of events differs slightly in the English and Danish resources I read. Malena was shot in 1993, they say her mate, Rodan, has been returning to her for five years, yet they have managed to raise 32 chicks. Anyway, enjoy the story of true stork love.

This post was glued together with links or inspiration from many people. They are listed with their Twitter names.

We are Accessible Techcomm.

Find out About Us, our areas of focus, and how we can help you. Contact Us.