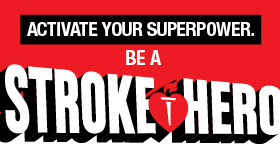 "The Stroke Song" helps you remember to tell someone to

To help you remember, listen to "The Stroke Song" at https://www.thestrokesong.com/

Will these 3 tests accurately diagnose ALL strokes?

A: Nothing is perfect, not even sophisticated medical tests. These are the five symptoms The American Stroke Association says are the warning signs of a stroke:

If a person exhibits any of the above symptoms OR can’t pass the 3 tests then get emergency medical treatment immediately.

See the following links in addition to our lists of resources on this website. 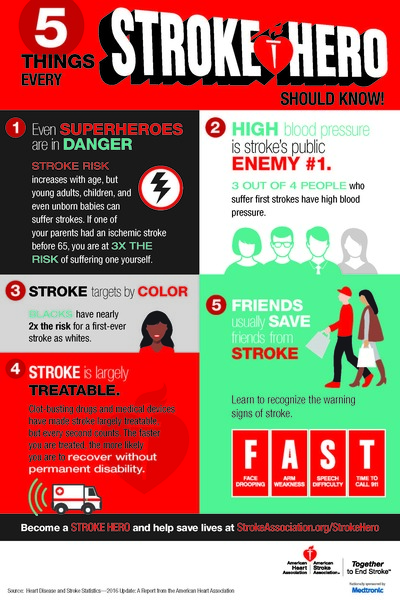 [Back in May 2014 when this blog was a part of the AccessAbility SIG of STC, Mike Murray, a dear friend and co-founder of the AccessAbility SIG, shared his personal story about how he is dealing both physically and mentally with the onset of Parkinson’s Disease. He called it “The Elephant in the Room”. When we moved to our current home at Accessible-Techcomm, the article fell by the wayside, but we are happy to print it again today with Mike’s blessings. The article is adapted from the original posting in the April 2014 issue of Memo to Members, the newsletter of the Orlando-Central Florida STC chapter.]

Being a 30-year member of the Orlando Central Florida Chapter of the Society for Technical Communication (STC), I have grown to love the organization and hate missing meetings. Recently, however, I missed the better part of two years while I was dealing both physically and mentally with the onset of Parkinson’s disease or PD.

During my first STC chapter meeting when I finally felt well enough to rejoin life, I noticed a long-time friend and colleague looking at me. Even after my eyes met his and I mouthed “What?” he continued to look and said in a low voice, “Nothing. I’m just looking.” Suddenly, it came to me – nobody knew what to say to me or how to act. I had become an “elephant in the room.”

The Birth of an Elephant

I was first diagnosed with PD in September of 2008. PD is a progressive disorder of the nervous system that affects your movement. It develops gradually, sometimes starting with a barely noticeable tremor in just one hand. But while a tremor may be the most well known sign of PD, the disorder also commonly causes stiffness or slowing of movement. PD affects different people “differently.” For me, it made my legs extremely weak, affected my balance, and dramatically changed my voice.

The official diagnosis was very difficult for me to handle. This certainly wasn’t what I envisioned for retirement. I was looking forward to lots of travel, fishing, and my passion – sports announcing. But as PD would have it, I had to surrender my driver’s license. If that wasn’t enough, I lost my announcing voice. As a fiercely independent person, I became dependent and isolated. My whole world changed overnight.

Advice for Other Elephants

Once you have a name for your illness, you should seek out a professional who specializes in it. It may take awhile for your doctor to determine the mix of medications that will do you the most good. At the same time, identify a therapist. It is very important for you to talk about your malady. You have to make it real before you can accept it.

Yes, acceptance is very important. What else can you do? Going the “Why me?” route simply delays your life adjustments. Yes, you can still lead an interesting, fulfilling life. As I said to my son Aaron, “I can’t believe this is happening to me.” His response was, “Well it is!” His message was clear. Quit wasting time, accept it, and move on. I sure did raise some smart sons.

Counting your blessings with a sense of pleasure and wholeness is a way to be thankful. People with a strong sense of gratitude, love and appreciation don’t necessarily have more than others; they aren’t “luckier.” They simply recognize and see more beauty in their lives. A 2003 study suggests that people who count their blessings are generally happier and healthier than people who don’t. If you ever feel as if anything in your life isn’t “enough,” try practicing an attitude of thankfulness. You might realize how good you have it after all.

How to Deal with Elephants in the Room

Treat people with disabilities as you would anyone else:

Don’t be afraid of asking what disability a person is dealing with if you feel this might help you make a situation easier for them (like asking a person if they would prefer to take the elevator with you instead of the stairs if you see they have trouble walking). Chances are, they’ve been asked that question a million times, and they know how to explain it in a few sentences. If the disability resulted from an accident or the person finds the information too personal, they will most likely answer that they prefer not to discuss it.

How to Create an Elephant

Simply ignoring a person with a disability because you think he or she may not want to discuss it may make the person feel inadequate. He or she may think that you don’t want to deal with them as a fellow human being or that you are trying to avoid being asked for help.

It all boils down to this:

The simple answer is to just treat everyone as a person, disabilities or abilities aside.

There are no elephants in the room; we create them.

We are Accessible Techcomm.

Find out About Us, our areas of focus, and how we can help you. Contact Us.

Pages and Posts are listed in separate sections in the Sitemap for Humans.